There is
always hope

SEEN is a two hour read that gives you practical tools to help kids and teens who are experiencing despair & anxiety. 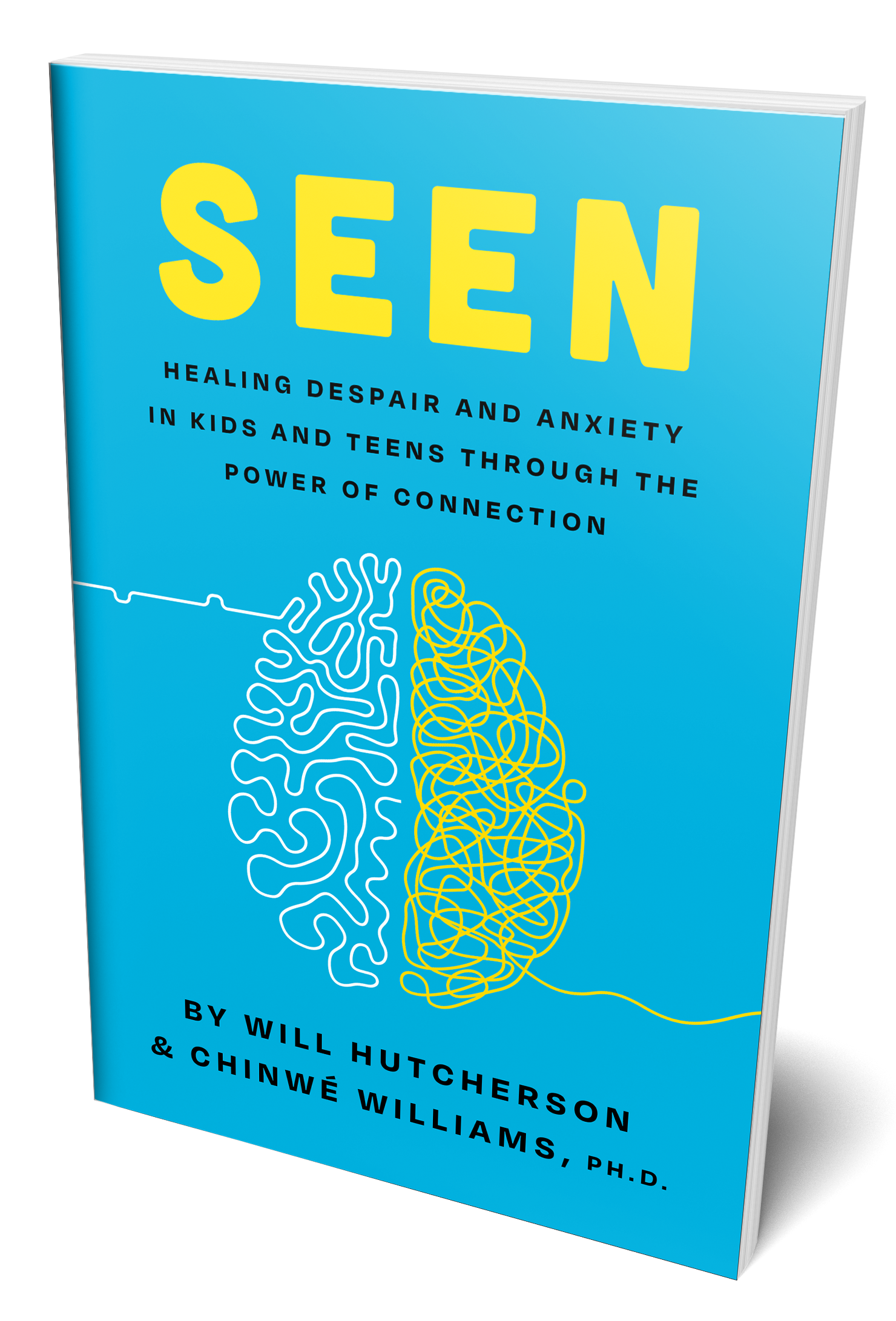 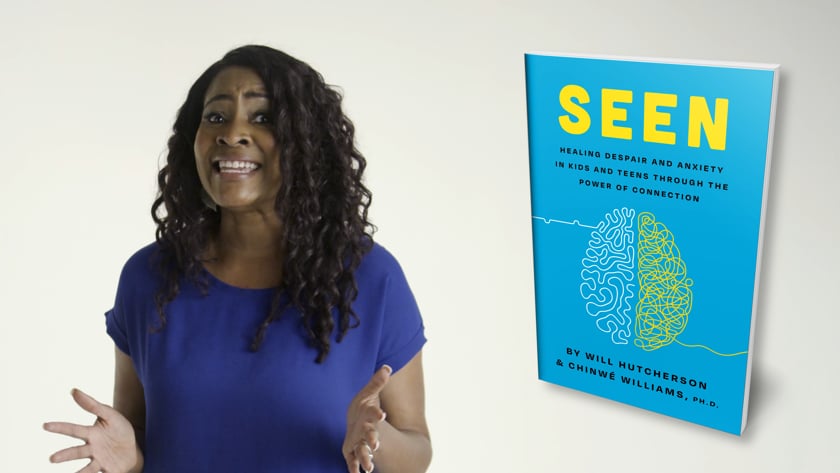 SEEN was written for parents, youth pastors, small group leaders, mentors, and anyone who works with kids or teens.

Practical things you can do every day to help kids heal

How to define depression and despair

Check Out Our New Video Course for Parents 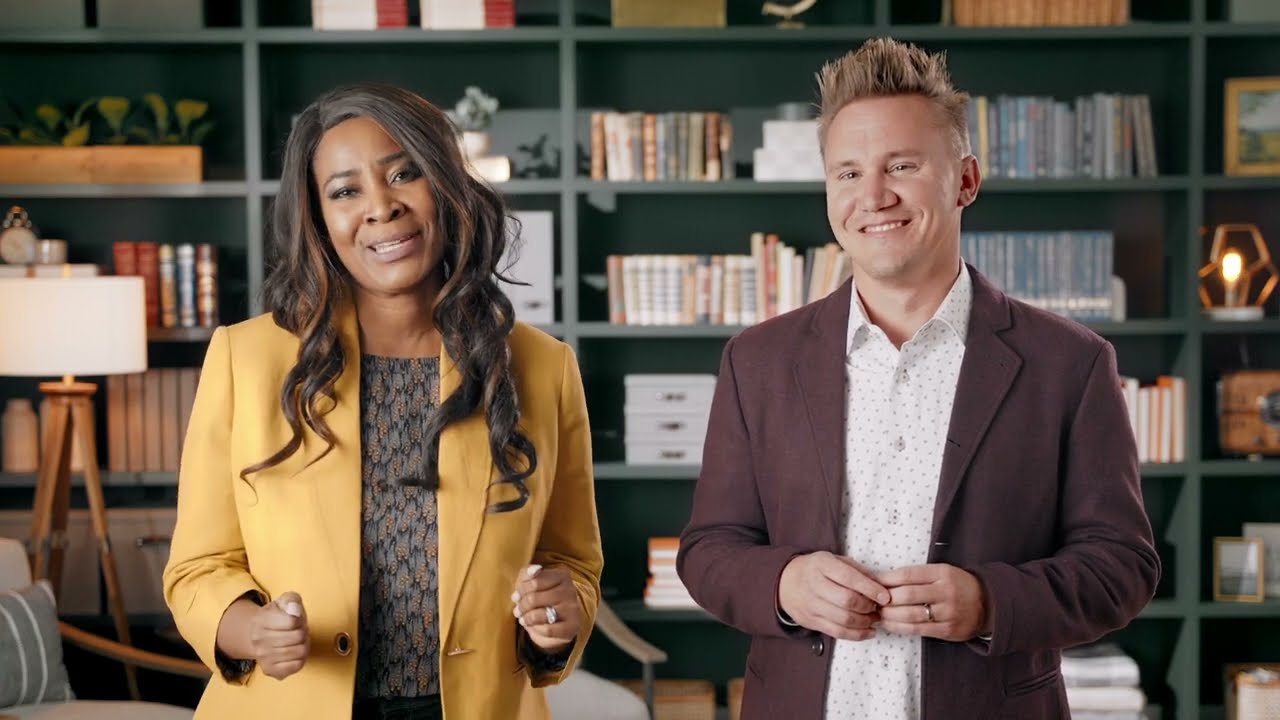 Parenting With Mental Health In Mind: A Parent’s Guide for Every Kid

After taking this course, you’ll feel more confident and equipped to help your kid or teen navigate any current or future emotional health challenges. Specifically, you’ll learn the psychology of what’s going on in your kid’s brain and science-based, practical tools to help your kid navigate a mental health crisis and the best way for you to support them. You will feel not only empowered and equipped to meet your kid’s mental health challenge head on, you’ll also have hope that you’re supporting your kid in the way they need most.

What People
are Saying

We’re grateful for these kind words about SEEN.

At a time when teen suicidality, self-harm, depression, and anxiety are higher than ever, Seen is just the right gift at just the right time for just the right people. Using a gentle and compassionate voice, Will and Dr. Chinwé integrate science and faith in remarkable ways that will help you see, hear, and connect with young people in your life. Immerse yourself in the depth and simplicity of this book, and you can become even better at giving youth the love and grace they so desper- ately need.

Professor of Counseling, University of Montana and author of Clinical Interviewing and Suicide Assessment and Treatment Planning: A Strengths-Based Approach

Seen is the intervention that we all need! This text clearly articulates the connection between the brain, body, and despair with references to research on trauma processing, neuroscience, attachment, and child development. It also provides much needed case examples and practical tech- niques that anyone can use with children and adolescents who are in despair. If you’re a parent, mental health pro- fessional, educator, or simply part of a child’s village, you should be reading Seen right now!

The mental health crisis facing today’s children and youth is undoubtedly one of the greatest concerns for anyone working to help young people reach their full potential. As parents, educators, and community leaders, we must listen deeply to those who can provide real insight and practical assistance to help a generation move forward. As a mother, I’m grateful for Will and Chinwé’s insight, scientific research, clinical observation, and ability to guide each of us to know both when and how to act.

President of Orange and Parent Cue, architect of “It’s Just a Phase,” educator, and author of more than 30 books

With increasing numbers of kids saying they’re anxious (and increasing reasons for them to be so), parents and leaders have to go beyond the easy answers and seek to understand what their kids are feeling. This book by my friends Will Hutcherson and Chinwé Williams offers real and practical steps for parents who just aren’t sure what to do next. Will approaches this from a ministry leader’s perspec- tive. Chinwé brings her experience as a licensed counselor to the conversation. With solid research, authentic exam- ples and deep empathy, they help us all see what’s right in front of us.

Founder and CEO of Orange, speaker, and author of multiple books, including Don’t Miss It and his latest, It’s Personal

It's hard to think of a more important topic than this. If you need a lifeline for a kid who got swept up in the hopelessness of 2020, pick up SEEN.

I cannot wait for SEEN to get in the hands of parents, small group leaders, and anyone who works with the next gener- ation. Thank you, Dr. Chinwé and Will for creating a mental health resource that is founded in both faith and psychology.

Bestselling author of A Greater Story, and Lead Pastor of Hillsong Atlanta

What a timely book executed brilliantly by Chinwé and Will. You can feel the passion they have to help our children cope, deal, and heal. We need this now more than ever. A tool box, a guide, a true gift.

What a timely book executed brilliantly by Chinwe and Will. You can feel the passion they have to help our children cope, deal, and heal. We need this now more than ever. A tool box, a guide, a true gift.

These words from Chinwe and Will are going to be balm to your anxious heart. With the rising trend of anxiety and despair in kids these days, having this clinical data that is covered with practical steps to help our kids heal is exactly what we need in these days.

Bestselling author of “Kill the Spider: Getting Rid of What’s Really Holding You Back”

Seen is a book for all of us. From parents to pastors, this book challenges us with hope, courage and commitment. Will Hutcherson and Dr. Chinwé tell inspiring stories and give practical advice on how to best add value to this strug- gling generation. Don’t miss this exciting and riveting book that will stir your soul to action.

Will Hutcherson is a national speaker, the founder of Curate Hope, and a Next Gen/youth pastor of 15 years...

Will Hutcherson is a national speaker, the founder of Curate Hope, and a Next Gen/youth pastor of 15 years. Over the past several years he has become increasingly passionate about finding practical ways to bring hope to kids and teens who are facing increasing amounts of anxiety, depression, and despair. This led to him starting Curate Hope, a non-profit that focuses on suicide prevention, mental health awareness, and partnering with educators and parents to help heal despair in teens. Will seeks to build a bridge between the local church and the schools and families that are navigating this mental health crisis. Every year, he speaks to thousands of teenagers in public schools across the country, letting them know that there is always hope. In his roles on Executive teams at multisite churches, Will has had the privilege to help train and develop many ministry leaders as well as coach and consult other pastors around the country. He is an Orange speaker and writer, and has spoken at events like Orange Conference, Orange Tour, and Florida Business Professionals of America Student Leadership Conference. He’s also been featured on numerous podcasts, including Life.Church Parents and National Community Church. He lives in the sunshine state with his wife Arianne and three kids, where you might find him listening to 90’s R&B or hunting alligators.

Dr. Chinwé Williams is a Licensed and Board-Certified Therapist and owner of Meaningful Solutions Counseling & Consulting...

Dr. Chinwé Williams is a Licensed and Board-Certified Therapist and owner of Meaningful Solutions Counseling & Consulting. She has most recently served as an associate professor, college and high school counselor, clinical therapist, and executive coach. She is also a consultants for schools, non-profit, faith-based, and corporate work settings. Her expertise lies in areas of stress/anxiety management, trauma recovery, intersection of faith and mental health, and youth and women’s wellness. Dr. Williams has previously taught graduate counseling students at Georgia State University, Argosy University, University of Central Florida, and Rollins College and is a member of Licensed Professional Counselors Association (LPCA) and an active member of the American Counseling Association (ACA). Dr. Williams is also a published journal author and a frequently featured expert blog and podcast contributor on topics related to child, adolescent, and adult mental health and parenting. She is also a speaker at local, national, and international conferences.

Interested in having Will or Dr. Chinwe speak at your event?

Send Us An Email

Join our community to stay up to date on the latest news and resources. 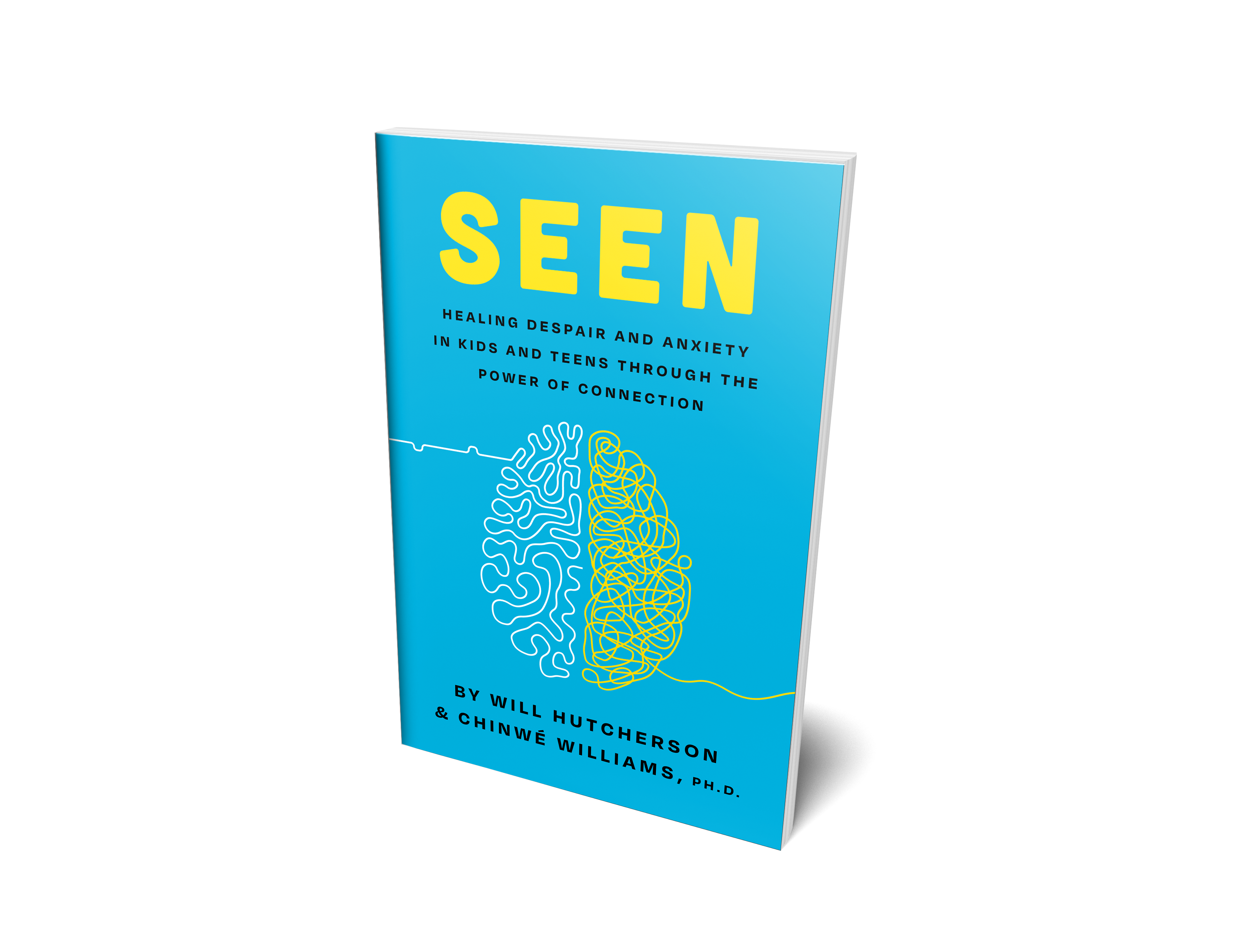